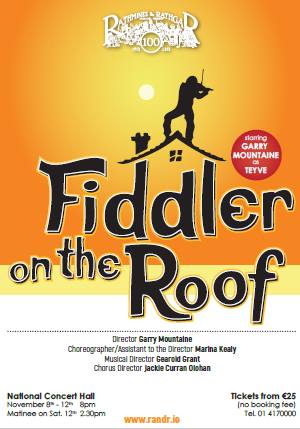 The R&R MS – Fiddler on the Roof

I had the honour of returning to the National Concert Hall to work on my 2nd show with the legendary Rathmines-Rathgar Musical society, this time for their production of Fiddler on the Roof. Directed by Garry Motaine, MD was Geroid Grant & choreography was by Marina Keeley.

Using the In house system of a Sound Projects line array, their Shure Wireless systems are mixed on a Yamaha PM5D.  I added an national eight Sennheiser systems for the ensemble.